Sketch-crawl-sort of like bar-hopping without the beer but with a pen. Here is a an example of something I find fun to do–other artists are frightened by the notion of sketching people in action in public–I’ve been there, too, I have to admit. But I love the freshness of the results–even the inexact faces and body motions that I continue to give it a try. These vignettes were done directly from life as I wandered around the fairgrounds at the League of NH Craftsmen Fair in Newbury, New Hampshire on August 8th, 2013. The place was bustling with artistic activity and visitors watching with great interest as the craftspeople demonstrated their art. Very inspiring. I moved quickly from location to location and in an hour had enough vignettes on the page to begin the process of painting.

(Note: The NH Art Association (NHAA) and League of NH Craftsmen committees decided to end the many year association with the NHAA. No longer is the tent filled with original artwork and photographs a part of the Fair experience. We had so many people come up to us when we were demonstrating for the day to ask us “Where are the artists? Where are the paintings? I came here specifically to see that part of the show.” Wow. There were some very disappointed people sad to say. We lost count after 50–and it was only the early afternoon, of one day. Hope NHAA and the League will rethink their decision–there are many of us artists who were counting on participating and obviously the Fair had more of a following than it thought.) Please contact either organization if you’d like to see the artists back at Sunapee. Thank you. nhartassociation@gmail.com  nhleague@nhcrafts.org 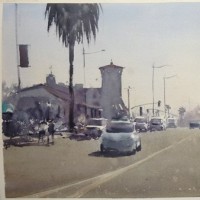 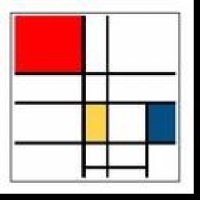 A family farm in Goffstown NH

Art and creativity with a touch of nature

Thinking about design every day

THE ULTIMATE RESOURCE FOR ILLUSTRATORS

A conversation between contemporary artists and their influences across time.